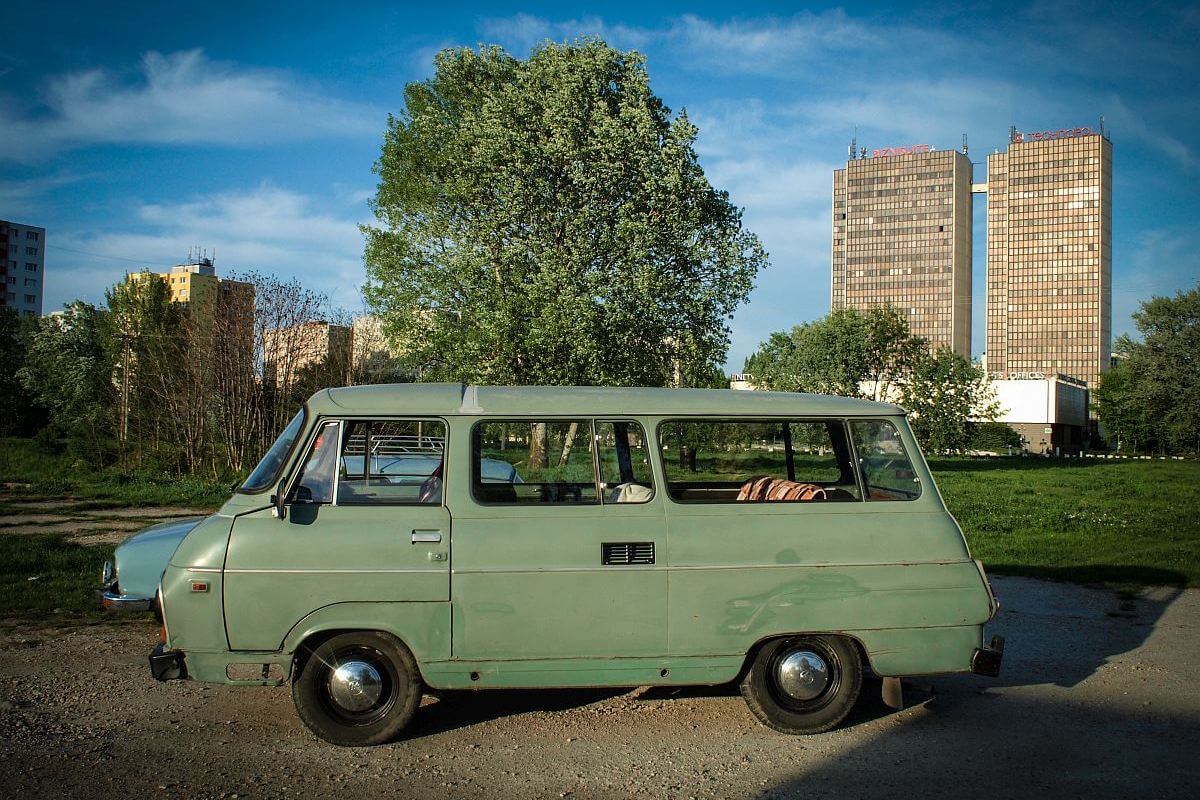 Retro cars fleet of Authentic Slovakia is getting bigger. To satisfy the needs and desires of growing number of our clients, we are happy to invite a legendary Czechoslovak 8-seater, produced in Trnava (Slovakia) in 1992.

Škoda 1203 was being produced in (almost) the same design for amazing 31 years (1968 – 1999). Production was launched in 1968 in Czech town Vrchlabí, 5 years later part of the production was moved to Slovak town Trnava (50 kilometres north from Slovak Capital, Bratislava). Since 1981, all of these immortal cars were made in Trnava. The name changed to TAZ 1500. Production was over as late as in 1999, due to low sales – why so?

Škoda 1203 cars were often used as ambulance cars, funeral cars or utility vehicles. What is unique, the engine is located in the interior, right next to the driver, so anyone can take a look what is going on during the ride, when in doubts!

The level of noise inside of the car is crazy, stability of the car is horrible and it is probably the crappiest vehicle produced in Czechoslovakia ever. But joy from the ride is all worth it! Our happy visitors (4-7 pieces) can try this legend during our Post Socialist City Tour.

This website uses cookies to improve your experience while you navigate through the website. Out of these cookies, the cookies that are categorized as necessary are stored on your browser as they are essential for the working of basic functionalities of the website. We also use third-party cookies that help us analyze and understand how you use this website. These cookies will be stored in your browser only with your consent. You also have the option to opt-out of these cookies. But opting out of some of these cookies may have an effect on your browsing experience.
Necessary Always Enabled
Necessary cookies are absolutely essential for the website to function properly. This category only includes cookies that ensures basic functionalities and security features of the website. These cookies do not store any personal information.
Non-necessary
Any cookies that may not be particularly necessary for the website to function and is used specifically to collect user personal data via analytics, ads, other embedded contents are termed as non-necessary cookies. It is mandatory to procure user consent prior to running these cookies on your website.
SAVE & ACCEPT